ffmpeg-loudnorm-helper is a new ultra-simple helper utility for performing loudness normalization using ffmpeg’s loudnorm audio filter. This awesome filter provides EBU R128 loudness normalization, but it requires two passes to linearly normalize audio, measuring input file on the first pass. The only thing ffmpeg-loudnorm-helper does is it automates that first pass and formats a complete string of loudnorm settings for the second pass.

Once you hear there’s a new Unix shell on the block, what do you do? Probably, glance over syntax and try it in your VM. But when this new shell is called Elvish you do this:

(Hover over to see) 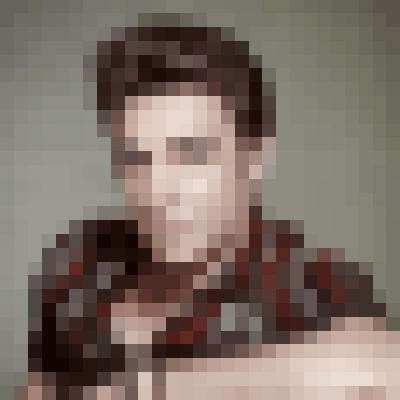 zrtstr is a small command line application for detecting faux-stereo WAV-files, that is, files with two identical channels that should have been saved as mono. Such files are sometimes generated by some audio-editing software and DAWs (I’m looking at you, old Cubase 5). Gotten tired of receiving such files from clients for mixing, as they are using twice the necessary space and require twice the processing power, I decided to deal with this nuisance once and for all. zrtstr is a cross-platform application which runs very fast, thanks to being written in Rust.

“Before” and “after” waveforms:

Update: This tutorial is out-of-date.

Since release of Firefox Quantum and subsequent changes to the extension API, launching external commands from Firefox requre installing some additional software, since WebExtensions have no OS level access. If you’re not opposed to this idea, you can still adapt the following instruction to the new WebExtension addons, such as Open With or Send To External Media Player.

Let’s integrate the best tool for downloading YouTube videos Youtube-dl with Firefox for the most pleasant downloading experience! Written for Windows users, as they are usually the ones that need the following instructions.

First, the motive behind this post. Being a musician, one of the actions I might perform multiple times in a day is downloading videos from YouTube. Being able to play them in my player of choice (mpv for now) is a huge convenience in case I need to transcribe some musical phrase, or speed some particularly slow speaker up by an arbitrary amount and having the video on my HDD gives me a slight sense of tranquility and confidence. In the past years people tried every accessible way to get the videos from YT with as little hassle as possible. Not all of these means worked good, and some of the suggestions in the Internet were, in fact, malicious, putting it mildly. As always, community to the rescue. Enter Youtube-dl!

Reaper is a digital audio workstation that gained a lot of devoted followers since its appearance. What is special about Reaper, apart from its enormous functionality and customizability, is two things: Community and Extensibility. You can check the former on Reaper forums, which is a thriving place, but the latter is achieved via user-coded scripts and open API. Since I’ve started using Reaper as my main DAW, the temptation grew. Then finally a need for a function that wasn’t present in Reaper has arisen.